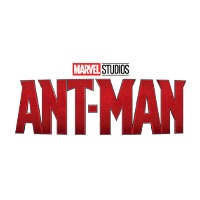 If you're like most people, you're probably wondering what all the fuss is about Ant Man. Why did everyone (including Ms. Marvel) go so crazy over an insect-sized Avenger hero?

Well, the answer is simple. Ant Man is awesome! He's funny, he's smart, and he's got some seriously cool super powers. Plus, he's just plain adorable. So it's no wonder that people are going crazy for Ant Man merchandise and gifts.

When it comes to superheroes, Ant Man is a bit of an underdog. But that's what makes him so lovable! He's got a great sense of humor, and he's always up for a good time.

As for Ant Man merchandise and gifts, there are plenty of options out there for fans of the character. You can find everything from t-shirts to mugs to keychains. And if you're looking for something a little more unique, there are also some great Ant Man figures available.

No matter what you're looking for, there's sure to be an Ant Man gift out there that's perfect for you.

The History of Ant-Man

The Ant-Man character made his debut in the Marvel Comics universe in 1962, created by Stan Lee and Jack Kirby. The original Ant-Man was Hank Pym, a brilliant scientist who discovered a way to shrink himself to the size of an ant. He used his newfound powers to fight crime as Ant-Man.

In 2015, a new Ant-Man movie was released, starring Paul Rudd as Scott Lang, the new Ant-Man. The movie was a huge success, and introduced the character of Ant-Man to a whole new generation of fans.

The history of Ant-Man is a long and storied one, full of ups and downs, but he remains one of the most popular characters in the Marvel Universe.

The Popularity of Ant-Man

There's no doubt about it, Ant-Man is one of the most popular superheroes around. He's got all the qualities that people love in a hero: he's courageous, resourceful, and determined. Plus, he has an amazing superpower- he can shrink down to the size of an ant!

Despite his popularity, Ant-Man isn't without his detractors. Some people find his superpower to be silly, and they think that he's not as strong or capable as other superheroes. But even his biggest critics have to admit that Ant-Man is a force to be reckoned with, and he's definitely one of the most popular superheroes around.

Gifts for Fans of Ant-Man

If you're looking for the perfect gift for a fan of Marvel's Ant-Man, look no further! Here are some great ideas to get you started.

First up, an Ant-Man shirt! It's a great way to show your fandom, and it's sure to be a conversation starter.

Another great idea is an Ant-Man Funko Pop! figure. These are perfect for displaying on a desk or shelf, and they make great gifts for anyone who loves collecting Funko figures.

If you're looking for a more unique gift, how about an Ant-Man costume? This is perfect for Halloween or any other time you want to dress up as your favorite superhero.