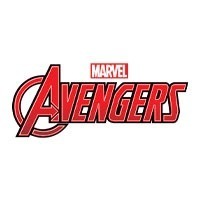 Avengers fans, assemble! Here at Merchoid we have more high quality Avengers merchandise that inside Stark tower. Regardless of who your favourite Avenger is. If its Captain America, Black widow, Iron Man or Korg we have everything you need. From jumpers to mugs, from handbags to prop replicas, you'll find all the Avengers merchandise you could want at Merchoid.

Founded in 1965 in the wake of WWII, the Strategic Homeland Intervention, Enforcement, and Logistics Division (or S.H.I.E.L.D for short) is a secret USA bases organisation focused mainly on superhuman and paranormal threats both domestically and globally.

In 1995 S.H.I.E.L.D had their first encounter with an alien race. Carol Danvers, a human suffering from amnesia and a member of the Kree empire, crash landed on earth after escaping being captured by the Skrull. Following this interstellar revelation the Avengers Initiative (originally called the Protector Initiative) was created. This would collect a number of extraordinarily talented and superhuman individuals into a team that could protect earth from imminent global threats. The team was led by Nick Fury, with Phillip Coulson and Maria Hill at his side.

Natasha Romanoff (aka Black Widow) is a former KGB agent who defected to the US and joined S.H.I.E.L.D. She is one of the most talented and dangerous spies and assassins in the world. Clint Barton (aka Hawkeye) is a highly skilled marksman and one of the best agents of S.H.I.E.L.D. His primary weapon is a bow and arrow, though he has been seen to use other weapons and be skilled in hand to hand combat. Tony Stark was approached first, following his announcement to the press that he was Iron Man. However, initial reports indicated that his personality may be unconducive to team environment. Tony eventually met up with Bruce Banner (aka Hulk) and attempted, unsuccessfully, to convince him to join the Avengers.

Steve Rogers (aka Captain America) was a WWII soldier, and the only successful test subject of the Super Soldier Serum. During the war he mainly focused on defeating a group known as HYDRA, who created advanced weapons. These weapons were powered by an alien artefact called the Tesseract. After defeating the leader of HYDRA, Red Skull, Steve was forced to crash his plane into the Arctic Ocean to destroy the Tesseract and save New York. In 2011 both he and the Tesseract were found by S.H.I.E.L.D agents, both were frozen but miraculously unharmed. With the Avengers team seeming unviable S.H.I.E.L.D decided to move onto Phase Two, using the newly acquired Tesseract to develop advanced weapons.

However, everything changed when the Tesseract was stolen by Asgardian Loki, who then used it to summon an army of Chitauri to attack New York. Black Widow, Hawkeye, Iron Man, The Hulk and Captain America were quickly assembled to deal with the threat posed by Loki and were joined by Loki’s adoptive brother Thor, forming the original Avengers line-up.

We at Merchoid pride ourselves on offering only the best quality items for you. All of our Avengers merchandise is fully licenced and either made exclusively for us, or hand selected by our team. We offer free shipping to most countries. If you have a question or need some help, our friendly customer service team is only a click away. Just visit our help desk below.

Did you know? If you're not 100% happy with your Avengers merchandise, we give you a whopping 100 day return period for most items.