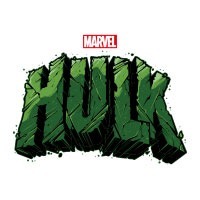 The Hulk Merchandise and Gifts

The Hulk is one of the most popular superheroes in the world. He's strong, he's powerful, and he always manages to save the day. And now, you can show your love for The Hulk with some amazing merchandise and gifts!

We've got everything from T-shirts and hats to action figures and statues. We even have a few items that are perfect for Hulk fans of all ages. So whether you're looking for the perfect gift for a fellow Hulk fan or you just want to treat yourself, we've got you covered.

The Hulk Merchandise and Gifts

If you're looking for some Hulk-themed merchandise, look no further! You can find all sorts of goodies, from T-shirts and hats to action figures and dolls. Plus, there are tons of great gift ideas for any Hulk fan.

If you're looking for something really unique, how about a life-sized Hulk statue? Or a replica of his signature green gamma radiation-charged fists? You can even find Hulk toilet paper holders and mugs!

The History of The Hulk

The Hulk was created by Stan Lee and Jack Kirby in 1962, and first appeared in the comic book "The Incredible Hulk" #1. He is a superhero who possesses superhuman strength and invulnerability, thanks to his alter ego Bruce Banner's exposure to gamma radiation.

Throughout his history, The Hulk has been involved in many different storylines, but one of the most iconic is his "Hulk vs. Wolverine" storyline from 1982. In this story, The Hulk and Wolverine face off in a brutal battle that leaves both of them severely wounded.

The Hulk has also been adapted for several different mediums, including television, movies, and video games. He has appeared in live-action form on the small screen in shows like "The Incredible Hulk" (1978-1982) and "The Avengers: Earth's Mightiest Heroes" (2010-2012). He has also been portrayed by actors such as Edward Norton, Mark Ruffalo, and Lou Ferrigno in movies such as "The Incredible Hulk" (2008), "

The Popularity of The Hulk

The popularity of The Hulk is undeniable. He is one of the most popular superheroes of all time, and for good reason! He is incredibly powerful and always seems to come out on top in a fight. Not to mention, he's absolutely hilarious. Every time he gets angry, he starts smashing things and bellowing about how strong he is. It's absolutely classic.

The Hulk is so popular that he has his own movies, tv shows, and even video games. He is a true icon, and there is no mistaking him for anyone else. He is definitely one of the most beloved superheroes out there.

Gifts for Fans of The Hulk

If you're looking for the best gifts for fans of The Hulk, you've come to the right place! We've got all sorts of great gift ideas, from t-shirts and posters to action figures and Funko Pops. So whether you're looking for something for a birthday or Christmas, we've got you covered!