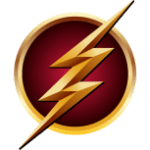 The Flash Merchandise and Gifts

The Flash is the fastest man alive. He's also one of the most popular superheroes around, and his merchandise and gifts are in high demand. Whether you're a fan of The Flash or not, (can we interest you in some Batman products?) there's no denying that he makes an excellent gift choice for any occasion. Here are some of the best The Flash merchandise and gifts available today.

The Flash Merchandise and Gifts

Who doesn't love The Flash? He's the fastest man alive, and he always saves the day. If you're a fan of The Flash, you'll love our selection of Flash merchandise and gifts. We've got everything from T-shirts to action figures, so you can show your love for The Flash any time, any place.

Whether you're looking for a gift for the Flash fan in your life, or you just want to treat yourself, we've got you covered. Our selection of The Flash merchandise has something for everyone. So take a look and see what catches your eye. We guarantee you won't be disappointed.

The History of The Flash

The Flash is a DC Comics superhero who first appeared in 1940. He is a speedster who can run at superhuman speeds. He has been a member of the Justice League and the Teen Titans.

The Flash has had a long and storied history, appearing in comic books, TV shows, and movies. He was created by Gardner Fox and Harry Lampert. The character has been through many changes over the years, but his core is always the same: he is the Fastest Man Alive.

The Flash first appeared in comic books in 1940. He was created by Gardner Fox and Harry Lampert. The character's first appearance was in Flash Comics #1. He quickly became a popular character, and soon got his own comic book series.

The Flash has appeared in many TV shows and movies over the years. He was played by John Wesley Shipp in the 1990s TV show The Flash. Grant Gustin currently plays the character on The CW's Arrowverse shows. Ezra Miller will play the character in the upcoming DC Extended Universe film Justice League.

The Flash is an iconic superhero who has been entertaining fans for over 75 years. He is sure to continue to be a popular character for many years to come.

The Popularity of The Flash

The Flash is one of the most popular superheroes of all time. He is known for his amazing speed and his ability to always save the day. His popularity is due in part to his fun and entertaining personality. He always seems to be able to make people smile, even in the face of danger.

Gifts for Fans of The Flash

If you're looking for the perfect gift for a fan of The Flash, you've come to the right place! We've got some great ideas that are sure to please.

How about a T-shirt or mug with the Flash logo on it? Or maybe a poster or book about the show? Or even a Flash action figure!

Whatever you choose, we're sure the Flash fan in your life will love it. So go ahead and make their day with one of these great gifts!