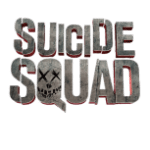 The Suicide Squad characters are all popular choices for merchandise and gifts. You can find figurines, t-shirts, and even coffee mugs with Harley Quinn, Deadshot, and the rest of the gang on them. The characters of Suicide Squad are some of the most popular and exciting in the DC Universe. With their unique personalities and powers, they make a great choice for merchandise and gifts.

The History of Suicide Squad

Suicide Squad is a team of criminals and supervillains who are forced to work together in order to save the world. The team was first introduced in the pages of DC Comics in 1987 and has since become a fan favorite.

The Suicide Squad was originally created by writer John Ostrander and artist Luke McDonnell. The team was first introduced in the pages of DC Comics Presents #25 (August, 1987). The team was created as a way to take some of the most dangerous villains in the DC Universe and use them for good. The Suicide Squad has been through many changes over the years, but the core concept has always remained the same. The team is made up of criminals and supervillains who are given a chance to redeem themselves by completing dangerous missions.

The Suicide Squad has appeared in many comics, television shows, and movies over the years. The most recent incarnation of the team was seen in the 2016 film Suicide Squad, which starred Margot Robbie as Harley Quinn, Will Smith as Deadshot, and Jared Leto as The Joker. The Suicide Squad is a unique team in the DC Universe and has always been a fan favorite. Whether they are saving the world or causing chaos, the Suicide Squad is always an entertaining ride.

The Popularity of Suicide Squad

The Suicide Squad comics and movie have been a huge success, with fans all over the world. The story of a team of supervillains who are forced to work together to save the world has been a hit with audiences of all ages.

What makes the Suicide Squad so popular? Perhaps it's the sense of danger and excitement that comes with rooting for a team of bad guys. Or maybe it's the fact that, deep down, we all have a little bit of darkness inside of us, and the Suicide Squad allows us to explore that side of ourselves.

Whatever the reason, there's no denying that the Suicide Squad is one of the most popular franchises around. And thanks to the recent James Gunn interpretation and spin off TV show, Peacemaker, it doesn't look like their popularity is going to be slowing down anytime soon.

Gifts for Fans of Suicide Squad

If you're looking for the perfect gift for a Suicide Squad fan, look no further! We've got some great ideas that are sure to please. Why not check out some of the awesome merchandise that's available? There's everything from T-shirts and hoodies to posters and coffee mugs. You can find something for every budget, and the Suicide Squad fan in your life is sure to love it.