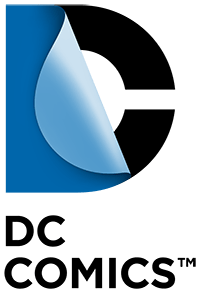 If you're a fan of DC Comics, you'll be excited to know that there's now a whole range of merchandise and gifts available to show your love for the comics. From The Flash and Green Lantern merch to The Joker and Batman gifts, you can find something for everyone. So whether you're looking for a gift for a loved one or just want to treat yourself, be sure to check out the DC Comics range.

Whether you're a fan of Superman, Batman, Wonder Woman or any other DC Comics character, you'll be able to find something to suit your taste.

Hey there, comic book fans! If you're looking for the perfect gift for that special someone who loves DC Comics, look no further than our collection of DC Comics merchandise and gifts! From t-shirts and hoodies to mugs and keychains, we've got something for everyone. And with our wide selection of characters to choose from, you're sure to find the perfect gift for that DC Comics fan in your life!

The History of DC Comics

DC Comics is one of the oldest and most iconic comic book publishers in the world. Founded in 1934 by Major Malcolm Wheeler-Nicholson, DC has been home to some of the most popular and influential superheroes of all time, including Superman, Batman, Wonder Woman, and many others.

DC has been through many changes over the years, both in terms of its characters and its creative teams. However, one thing has always remained constant: DC is a powerhouse of the comic book industry, and its stories have thrilled and inspired readers for generations.

The Popularity of DC Comics

DC Comics, the home of Superman, Batman, Wonder Woman and other iconic superheroes, has been around since the 1930s. It is one of the two biggest comic book publishers in the United States (along with Marvel), and its characters are some of the most well-known in the world.

The company has had its ups and downs over the years, but it is currently riding high on the success of its recent films, TV shows and video games. DC Comics is more popular than ever before, and its characters are loved by millions of people around the globe.

Gifts for Fans of DC Comics

If you're looking for the best gifts for DC Comics fans, you're in luck! We've got a wide variety of options that are sure to please.

For the comic book lover, we've got a range of memorabilia that will let them show off their fandom. From T-shirts and hats to coffee mugs and keychains, there's something for everyone.