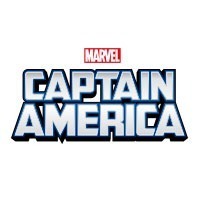 Being Captain America is a tough job. You have to stay in peak physical condition, maintain your shield, and battle the forces of evil. But it's not all work and no play. After a long day of fighting Nazis or aliens with your fellow Avengers, such as Spider-Man, Black Panther and Ms. Marvel, what could be better than kicking back with some Captain America merchandise and gifts?

There's something for everyone on your list, whether they're a die-hard fan of the movies, the comics, or just looking for something to show their American pride. Here are some of our favorite Captain America merchandise and gifts!

Captain America is a patriotic character who always puts his country first. He's known for his strength, courage and patriotism. If you're looking for a unique gift for a patriotic friend, check out some of the Captain America merchandise and gifts available online. You can find everything from t-shirts and hats to posters and action figures. There's something for every Captain America fan, no matter what their budget is.

The History of Captain America

Captain America is one of the most iconic superheroes in American pop culture. He was created by Joe Simon and Jack Kirby in 1940, during the height of World War II. His original purpose was to represent the best of America during the war, and he quickly became a popular character. Captain America fought Nazis and other villains, and was a symbol of patriotism and heroism. After the war ended, he continued to be a popular character, appearing in comics, TV shows, and movies. In more recent years, Captain America has been depicted as a symbol of patriotism and heroism in the face of terrorism.

The Popularity of Captain America

Captain America is one of the most popular superheroes of all time. Despite being created back in 1941, he still maintains a large and loyal fan base. This is likely due to his moral compass and strong sense of justice, which always seems to align with the public's views. He's also a bit of a jokester, which makes him relatable and fun.

No matter what the situation, Captain America always stands up for what he believes in and fights for the greater good. It's this uncompromising attitude that has won him the hearts of so many people over the years. He's a true icon, and there's no doubt that his popularity will continue to soar in the years to come.

Gifts for Fans of Captain America

If you're looking for something a little more substantial, why not give the gift of an annual subscription to a Captain America comic book? This is sure to be a hit with any fan of the character, and it's a great way to show your support for their favorite superhero.

Whatever you decide, we're sure that any fan of Captain America will appreciate any of these great gift ideas.