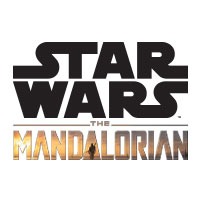 The Mandalorian Merchandise and Gifts

If you're a fan of Star Wars show The Mandalorian, you're going to love the latest merchandise and gifts from the show! Check out our selection of t-shirts, hats, mugs, and more. We've got something for everyone, so don't miss out.

The Mandalorian Merchandise and Gifts

If you're a fan of The Mandalorian, you're in luck! Because there's now a ton of Mandalorian merchandise and gifts to choose from. Whether you're looking for a cool T-shirt, a Funko Pop, or a cool piece of jewelry, there's something for everyone.

And if you're looking for a gift for a fellow Mandalorian fan, you can't go wrong with any of these great options. So whether you're looking to treat yourself, or someone else, make sure to check out the great selection of Mandalorian merchandise and gifts!

The History of The Mandalorian

The Mandalorian is a new TV show that was released in 2019. The show follows the story of a Mandalorian bounty hunter who is trying to survive in the galaxy after the fall of the Empire.

The Mandalorian is set in the same universe as Star Wars, and it features some of the same characters and locations. However, the show is not directly connected to the Star Wars movies.

The Mandalorian was created by Jon Favreau, who also directed the first two episodes of the show. Favreau is best known for directing Iron Man and The Jungle Book.

The Popularity of The Mandalorian

It's no surprise that people can't get enough of The Mandalorian. In fact, the show has become so popular that it's even spawned its own line of merchandise. But what is it about The Mandalorian that has everyone talking?

For starters, The Mandalorian features some of the most impressive action sequences ever seen on television. The show's creator, Jon Favreau, is a master of special effects, and it shows. Every week, viewers are treated to breathtaking chase scenes, explosive battles, and more.

In addition to its impressive action sequences, The Mandalorian also features a lovable cast of characters. From the title character himself to the adorable Baby Yoda, there's someone for everyone to root for. And who doesn't love a good underdog story?

So if you're looking for a show that's guaranteed to entertain, look no further than The Mandalorian. It's the perfect blend of action, adventure, and heart. And you can bet that people will be talking about it for years to come.

Gifts for Fans of Legend of Zelda

The best gifts for fans of The Mandalorian? Well, you could start with a copy of the show's soundtrack, or maybe a replica Mandolorian helmet. How about a set of Mandalorian armor? Or maybe a T-shirt with the show's logo on it?

No matter what you choose, make sure it's something that any fan of The Mandalorian would love. And who knows, maybe you'll find the perfect present for yourself, too!