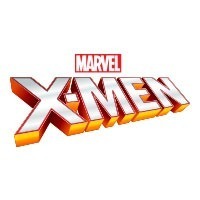 Marvel's X-Men are a team of super-powered mutants who use their powers to fight for peace and justice. While they may have started out as villains, the X-Men have become one of the most popular superhero teams in the world. If you’re a fan of the X-Men, then you know that there’s a lot of great merchandise out there.

What a world it would be if we all had superpowers like the X-Men. We could save the world from any danger, and no one would be able to tell us what to do.

But until we can all develop mutant powers, we'll just have to make do with the X-Men merchandise and gifts that are available to us mere mortals.

If you're looking for the perfect gift for the X-Men fan in your life, look no further than these great X-Men merchandise and gifts ideas.

The History of X-Men

X-Men is a superhero team that was created in 1963 by Stan Lee and Jack Kirby. The team was originally composed of five mutants: Cyclops, Angel, Beast, Iceman, and Marvel Girl. The team's name was chosen by Professor Charles Xavier, who founded the X-Men as a school for mutants to learn to use their powers and coexist with humans.

The X-Men have been featured in a variety of media over the years, including comic books, cartoons, movies, and video games. The team has also had a number of lineup changes, with new members being added and others leaving.

The original X-Men lineup is one of the most iconic in all of comics, and their adventures have thrilled readers for decades.

The Popularity of X-Men

The X-Men are one of the most popular comic book franchises in the world. They've been around since 1963, and they've got a passionate fan base that's only grown over the years.

What's so great about the X-Men? Well, for one thing, they're outsiders. They're not like other superheroes, who are often rich, white, straight guys. The X-Men are a diverse bunch, with different backgrounds and abilities. They're also mutants, which makes them even more of an underdog.

Gifts for Fans of X-Men

If you're looking for the best gifts for fans of X-Men, you've come to the right place! We've got all the coolest, most badass gifts that any fan of the X-Men would love.

For starters, we've got some awesome t-shirts and hoodies that feature all your favorite X-Men characters. Whether you're a fan of Wolverine, Cyclops, Jean Grey, or any of the other mutants, we've got you covered.

We've also got some great Funko Pop! figures of all the X-Men characters. These are perfect for displaying on your desk or shelf, and they make great gifts for any fan of the X-Men.

If you're looking for something a little more unique, we've also got some great X-Men themed jewelry. We've got pendants, earrings, and even cufflinks that feature the X-Men logo or other iconic images from the comics and movies.

So whether you're shopping for a birthday, Christmas, or just because, we've got the perfect gifts for fans of X-Men. Check out our selection today and find the perfect gift for the X-Men fan in your life!