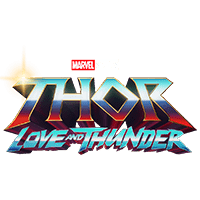 If you're looking for some Thor merchandise and gifts, you've come to the right place! We've got all sorts of goodies for fans of the Mighty Thor. From clothes to toys to home decor, we've got it all. Whether you're a fan of his antics with his brother, Loki, his adventures with the Guardians of The Galaxy or his ability to share Mjölnir with Captain America, if you're looking for a unique gift for a fan of Thor, you'll find plenty of great ideas here too. So whether you're shopping for yourself or for a fellow Thor fan, you'll find what you're looking for right here.
See more See less
Refine products

The History of Thor

Thor is a superhero who appears in comic books published by Marvel Comics. The character was created by writer Stan Lee and artist Jack Kirby, and first appeared in Journey into Mystery #83 (August 1962).

Thor was born as Asgardian prince Thor Odinson, the son of Odin and the earth goddess Gaea. He was raised on Asgard, an extra-dimensional realm ruled by his father. As a young man, he proved himself worthy of wielding his father's hammer, Mjolnir. Thor then became one of Asgard's greatest defenders.

The Popularity of Thor

There's no doubt about it, Thor is one of the most popular Avengers. In fact, he might even be the most popular superhero period. Why is that? Well, for one, he's got an incredible story. He's the son of Odin, king of Asgard, and he was born with a power and strength that no other Asgardian possessed. He was also blessed with the ability to wield Mjolnir, the legendary hammer that is capable of leveliing mountains.

But Thor's popularity isn't just about his amazing abilities or his fascinating backstory. Thor is popular because he's just plain fun. He's got a great sense of humor, and he's always up for a good time. He's the life of any party, and he knows how to have a good time. Even when things are getting tough, Thor always manages to crack a smile.

Gifts for Fans of Thor

If you're looking for the best gifts for fans of Thor, you've come to the right place! We've got all sorts of goodies that will make any Asgardian smile from ear to ear.

First up, we've got some action figures that are perfect for recreating all of your favorite Thor scenes. Or, if you're feeling really ambitious, you can create your own adventures!

Next, we've got some t-shirts that are sure to please any fan of the Mighty Thor. Whether you're looking for something to wear to the next Marvel movie marathon or just want to show your love for the God of Thunder, these tees are perfect.