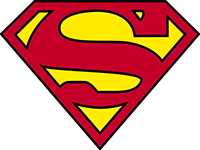 There's no need to fly all the way to Metropolis or Smallville to get your hands on some Superman merchandise and gifts (You can let Wonder Woman know you won't be needing the Invisible Jet) - we've got everything you need right here! (You might want to hide it from Batman though) From clothes and toys, to home decor and office supplies, our selection of Superman gear is sure to please any fan of DC Comics Superman. So why not take a look? You might just find what you're looking for.

There are tons of great Superman merchandise and gifts out there for the Superman fan in your life! From t-shirts to posters to Funko Pop! figures, there's something for everyone.

If you're looking for a great gift for the Superman fan in your life, check out some of the great Superman merchandise and gifts below!

The History of Superman

Superman is one of the most well-known and iconic superheroes of all time. He has a long and complex history, with many different versions of his story having been told over the years.

Superman was created by Jerry Siegel and Joe Shuster in 1933. They originally called him "The Reign of the Superman", and he was a villain in their story. Superman's first appearance in comics was in Action Comics #1 in 1938, and he quickly became one of the most popular characters in the world.

Superman has gone through many changes over the years, both in his personal history and in his powers and abilities. His origin story has been rewritten several times, and he has gained and lost various powers as the years have gone by.

Despite all of these changes, Superman remains one of the most popular and beloved superheroes of all time. He is an inspiration to many, and his story continues to be told and retold in comics, movies, television, and more.

The Popularity of Superman

Superman is one of the most popular superheroes of all time. He's strong, he's brave, and he always does the right thing. People love him because he represents all that is good in the world.

Even though he's popular, Superman has his share of haters. Some people say that he's too perfect, that he's not relatable. But haters are just going to hate. The fact remains that Superman is one of the most popular superheroes of all time.

If you're looking for a superhero to dress up as for Halloween, or just want to show your support for the Man of Steel, then check out our selection of Superman merchandise.

Gifts for Fans of Superman

If you're looking for the best gifts for fans of Superman, look no further! We've got everything from T-shirts and action figures to coffee mugs and keychains. So whether you're looking for a gift for a friend or just want to treat yourself, we've got you covered.

So why not check out our selection of Superman-themed gifts today? We're sure you'll find something perfect for the fan in your life!