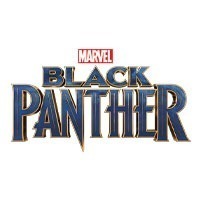 If you're like us and you're not a superhero like Captain America, or a Guardians Of The Galaxy, then you probably don't have superhuman strength or the ability to leap tall buildings in a single bound. But that doesn't mean we can't all dress up like our favourite Avengers and feel powerful!

If you're looking for the perfect gift for the Black Panther fan in your life, look no further! Here are some of the best Black Panther-themed merchandise and gifts out there.

Black Panther is a superhero who appears in comic books published by Marvel Comics. He made his cinematic debut in the 2016 film Captain America: Civil War, before starring in his own solo film, Black Panther, released in February 2018.

If you're looking for some Black Panther merchandise and gifts, you've come to the right place! We've got everything you need to get your hands on some sweet Panther goodies.

The History of Black Panther

Over the years, Black Panther has appeared in various comic book series and has been a member of the Avengers. In 2018, he made his big screen debut in the Marvel Cinematic Universe film "Black Panther." The film was a critical and commercial success, grossing over $1 billion at the box office.

The Popularity of Black Panther

The popularity of Black Panther the character is undeniable. There is no doubt that he is one of the most popular Marvel characters around. His unique blend of badassery and coolness has made him a fan favorite for years.

Whether it's his appearances in comic books, movies, or video games, Black Panther never fails to impress. His cool demeanor and badass fighting skills always make him a standout character. And let's not forget his awesome costume! Black Panther's costume is one of the most iconic in all of superhero history. His popularity is undeniable and will continue to be for years to come.

Gifts for Fans of Black Panther

There's no need to be a superhero to enjoy the Black Panther movie – but fans of the film will love these themed gifts! From jackets to Christmas sweaters, masks, collectibles and more! So whatever your budget, there's sure to be a Black Panther gift out there that's perfect for you. Now go forth and shop!