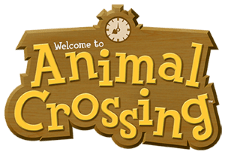 Animal Crossing is one of the most beloved Nintendo franchises of all time. It’s a game that encourages creativity, exploration, and relaxation. What could be better than spending a lazy Sunday afternoon catching bugs and fish in the company of your favorite animals?
If you're an Animal Crossing fan, you know that the only thing better than playing the game is spending your hard-earned money on official Animal Crossing merchandise and gifts. From plush toys to T-shirts to watches, there's something for everyone who loves this charming Nintendo game.
See more See less
Refine products

Welcome to the wonderful world of Animal Crossing merchandise and gifts! Here, you'll find all sorts of goodies related to your favorite characters from the game. From plush toys to clothes to home decor, there's something for everyone.

Let's start with the characters themselves. Animal Crossing has some of the most lovable and quirky characters around. There's the always-smiling Isabelle, the grumpy cat Villager, the fashionable Mabel, and many more. These characters have been brought to life in a variety of merchandise. You can find plush toys, clothes, and even phone cases featuring your favorite characters.

If you're looking for something a little more unique, how about a piece of Animal Crossing-themed home decor? There are all sorts of items available, from rugs and towels to mugs and plates. You can even find furniture and light fixtures featuring your favorite characters. No matter what you're looking for, there's sure to be an Animal Crossing gift out there for you.

The History of Animal Crossing

Animal Crossing is a video game series created by Nintendo. The first game in the series was released in 2001 for the Nintendo 64 in Japan, and was later released worldwide for the GameCube in 2002. The games are usually set in a rural village inhabited by anthropomorphic animals, and revolve around the player character's life in the village, including fishing, bug catching, and fossil hunting. Newer games in the series have added features such as furniture customization, gardening, and online multiplayer.

The Animal Crossing series is beloved by fans for its charming characters and unique gameplay mechanics. The games have been praised for their ability to provide players with a sense of relaxation and escapism from the stresses of daily life. If you're looking for a fun and relaxing game to play, be sure to check out the Animal Crossing series!

The Popularity of Animal Crossing

Animal Crossing is one of the most popular video games out there, and for good reason! It's a delightful game that allows players to interact with a charming virtual world full of lovable animal characters.

What's not to love about Animal Crossing? It's the perfect game for those who want to relax and escape from the stresses of real life. It's also a great way to connect with friends, as players can visit each other's islands and partake in fun activities together.

Gifts for Fans of Animal Crossing

If you're looking for the perfect gift for the Animal Crossing fan in your life, look no further! Here are some of the best gifts for fans of Animal Crossing.

First, consider a plush toy of their favorite Animal Crossing character. There are tons of different characters to choose from, so you can find the perfect one for your loved one.

Another great gift idea is a mug or water bottle adorned with Animal Crossing characters. This is perfect for the fan who loves to take their favorite game with them wherever they go.

Whatever gift you choose, the Animal Crossing fan in your life is sure to love it!